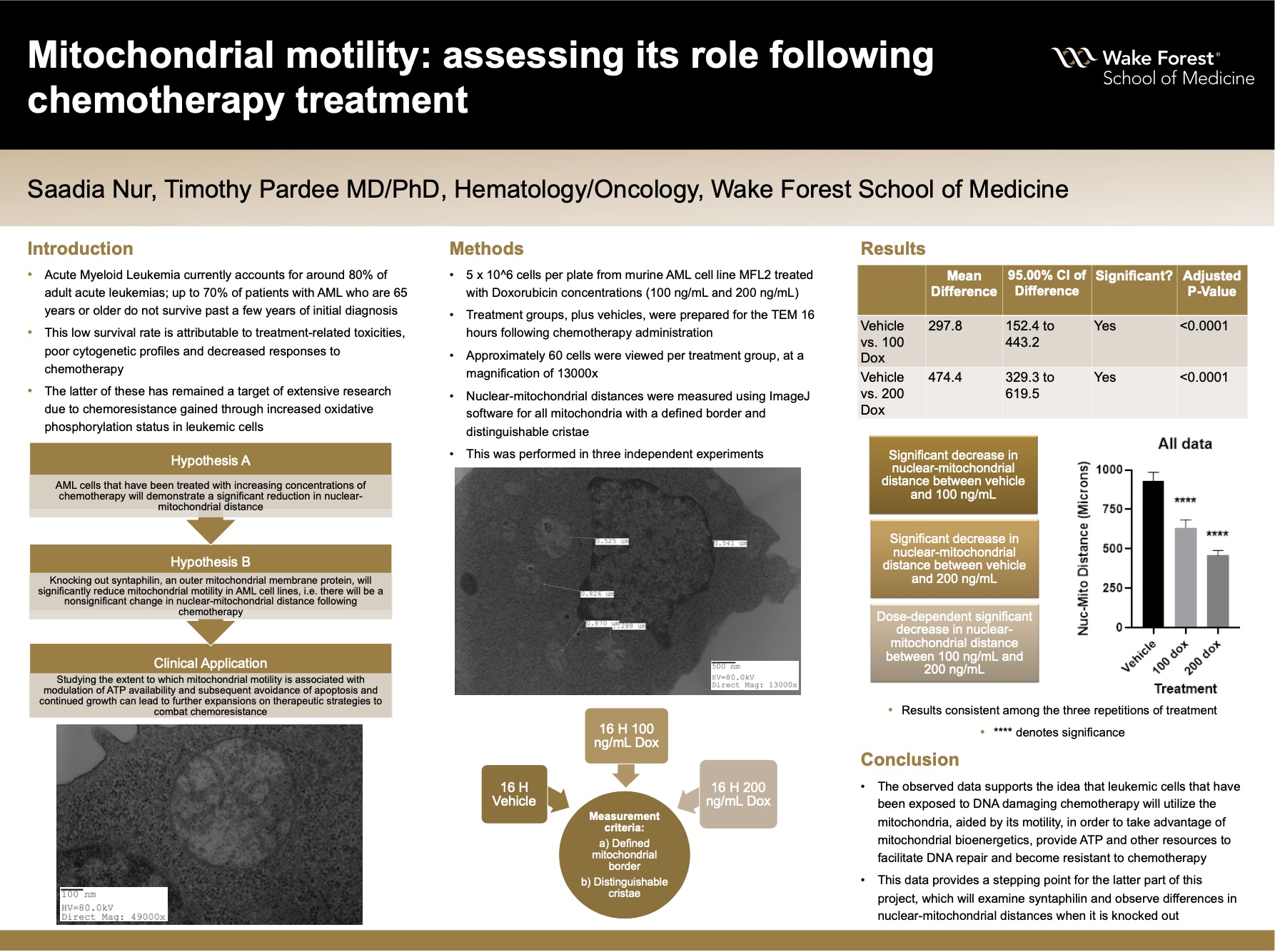 Acute Myeloid Leukemia (AML) is the most common acute leukemia in adults; it is primarily a disease of the elderly with a median age at diagnosis of 68. 70% of all AML patients are 60 or older and patients in this age group have a 5 year survival of less than 10%. This low survival rate within this demographic is attributable to treatment-related toxicities, poor cytogenetic profiles and decreased responses to chemotherapy. The latter of these has remained a target of extensive research indicating that chemoresistance can be gained through increased oxidative phosphorylation in leukemic cells. Thus, by studying the extent to which mitochondrial motility is associated with modulation of ATP availability and subsequent avoidance of apoptosis and continued growth, further research can expand on possible therapeutic strategies to combat this resistance.

5 x 10^6 cells per plate from the murine AML cell line MFL2 were treated with Doxorubicin concentrations of 100 ng/mL and 200 ng/mL. These treatment groups, in addition to vehicles, were then prepared for viewing on a transmission electron microscope (TEM) 16 hours following chemo administration. On the TEM, approximately 60 cells were viewed per treatment group, and nuclear-mitochondrial distances were measured for all mitochondria that presented with a defined mitochondrial border and distinguishable cristae. This was performed in three independent experiments.

The observed data supports the idea that leukemic cells that have been exposed to DNA damaging chemotherapy will utilize the mitochondria, aided by its motility, in order to take advantage of mitochondrial bioenergetics to provide ATP and other resources to facilitate DNA repair and become resistant to chemotherapy. This data provides a salient stepping point for the latter part of this project, which will examine a specific membrane protein of mitochondria, syntaphilin, and observe differences in nuclear-mitochondrial distances if this protein were to be knocked out.