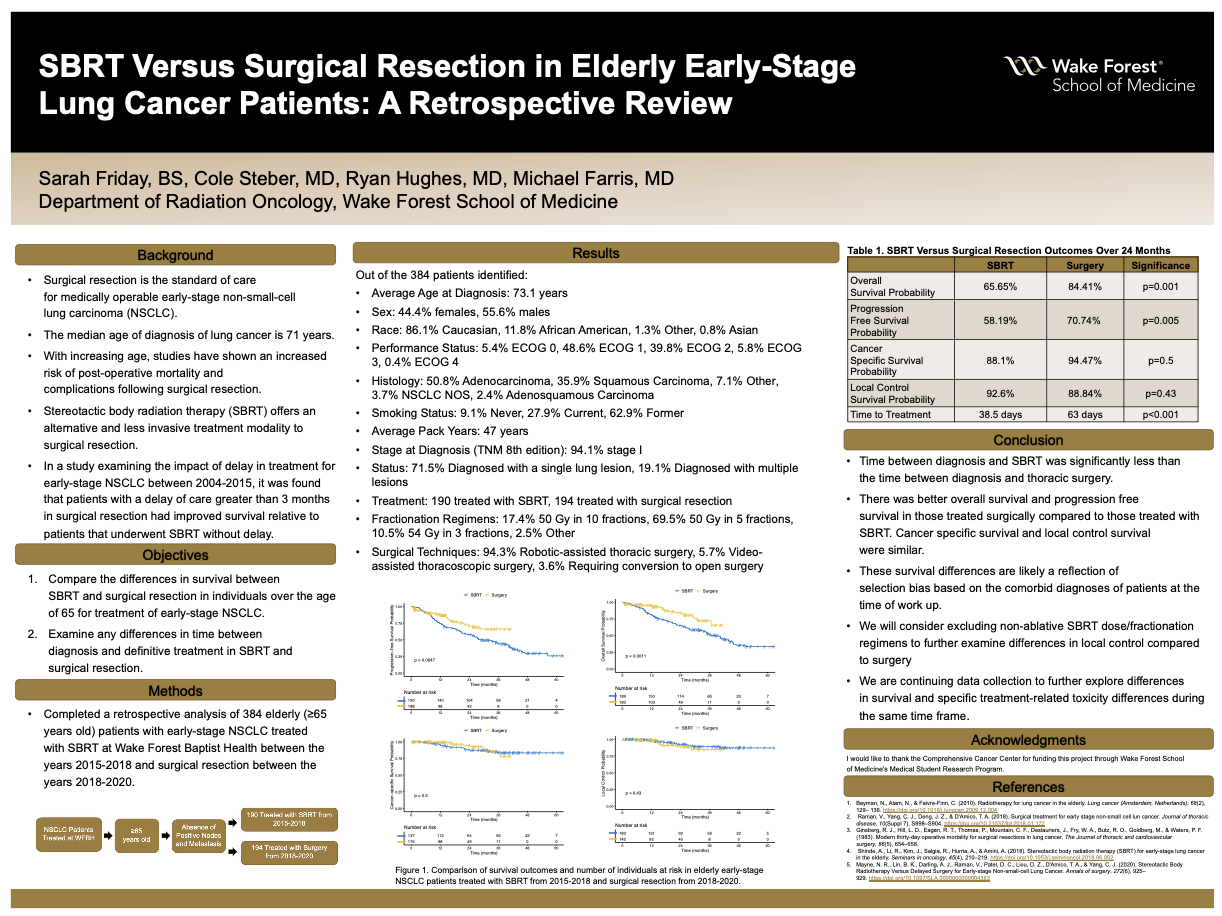 Background: Surgical resection is the current standard of care for medically operable early-stage non-small-cell lung carcinoma (NSCLC). The median age of diagnosis for lung cancer is 71 years. Following surgical resection, elderly patients may potentially face an increased risk of complications. An alternative and less invasive treatment modality using radiation is Stereotactic Body Radiation Therapy (SBRT). Before the advent of SBRT, there were no alternatives that could provide similar levels of local control to surgery. In an elderly population, consideration of the risk versus benefit ratio of different treatments is of the utmost importance and SBRT may be preferred for elderly patients.

Conclusions: Time between diagnosis and SBRT was significantly less than the time between diagnosis and thoracic surgery. Despite this difference, for elderly patients undergoing surgery there was better OS and PFS compared to those treated with SBRT, while CSS and LC were similar. The survival differences likely reflect selection bias based on the comorbid diagnoses of patients at time of work up. We plan to continue exploring these preliminary results by analyzing patients treated during the same time period and further explore treatment related toxicity related to these treatment modalities in this elderly cohort with early-stage lung cancer.

Source of mentor’s funding or other support that funded this research: Department of Radiation Oncology.