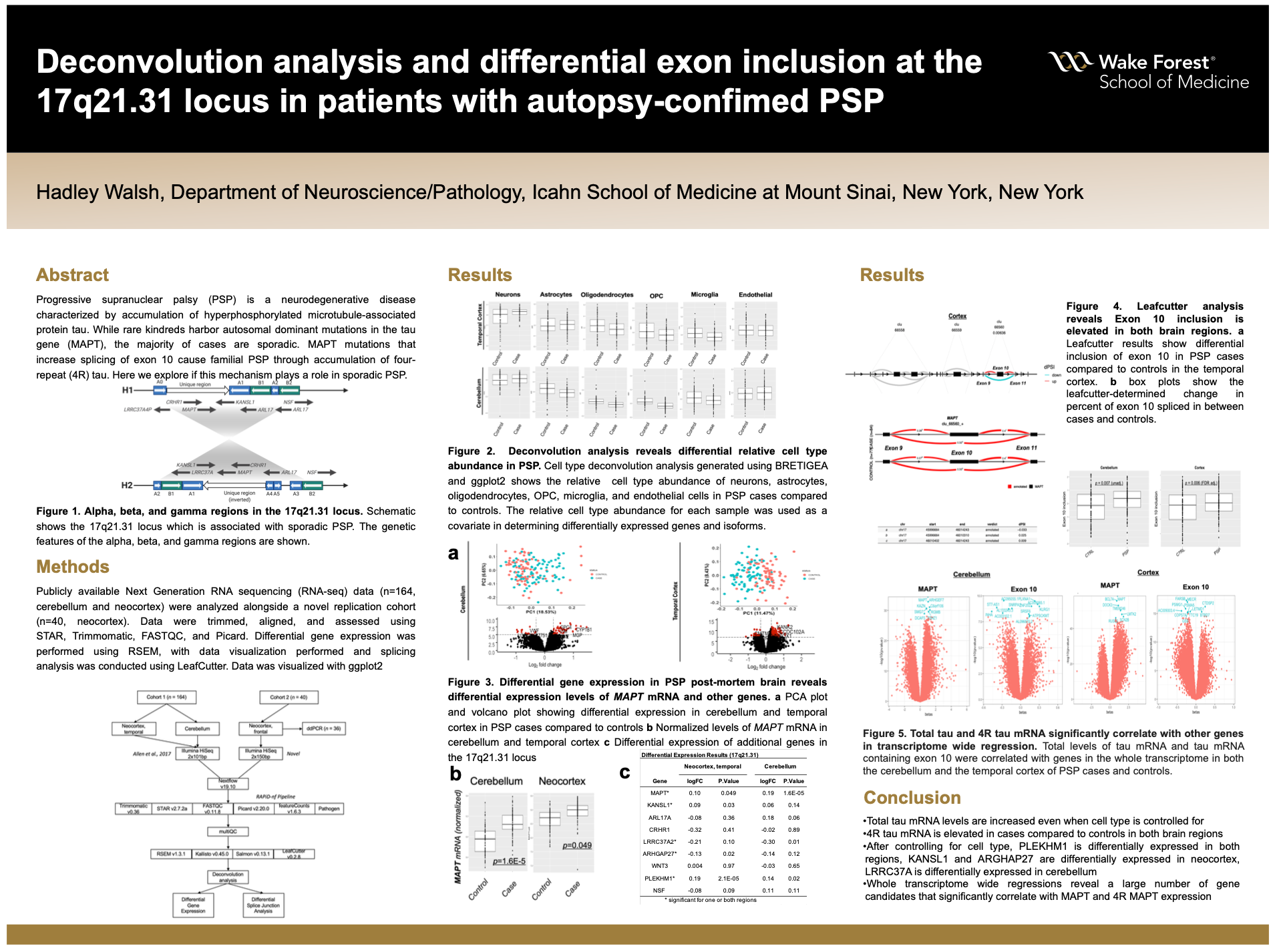 Deconvolution analysis and differential exon inclusion at the 17q21.31 locus in patients with autopsy-confimed PSP

Progressive supranuclear palsy (PSP) is a neurodegenerative disease characterized by accumulation of hyperphosphorylated microtubule-associated protein tau. While rare kindreds harbor autosomal dominant mutations in the tau gene (MAPT), the majority of cases are sporadic. MAPT mutations that increase splicing of exon 10 cause familial PSP through accumulation of four-repeat (4R) tau. Here we explore if this mechanism plays a role in sporadic PSP.

Leafcutter results show differential inclusion of exon 10 in PSP cases compared to controls in the temporal cortex. Box plots show the leafcutter-determined change in percent of exon 10 spliced in between cases and controls.

Total levels of tau mRNA and tau mRNA containing exon 10 were correlated with genes in the whole transcriptome in both the cerebellum and the temporal cortex of PSP cases and controls.

Deconvolution analysis and differential exon inclusion at the 17q21.31 locus in patients with autopsy-confimed PSP